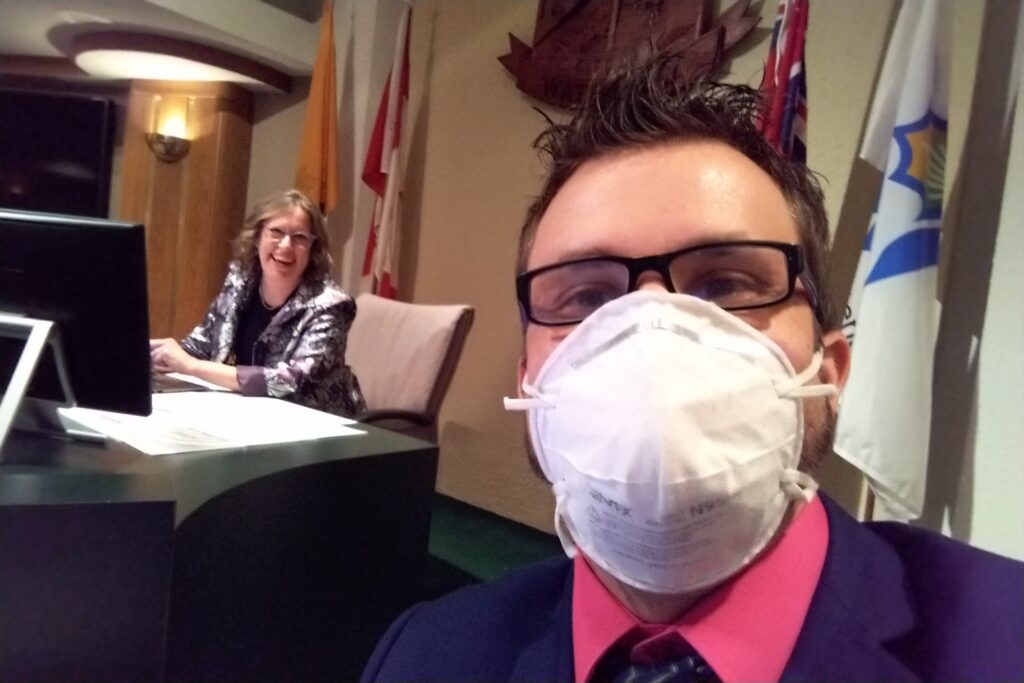 I am excited to begin the next term of Council alongside some wonderful returning friends and great new colleagues around the horseshoe.  Here’s what has happened at City Council during our last Council meeting of the previous term and the first of our new term of Council!

What did City Council do?

Council received an update on what has been a key focus of the past four years, tackling the Climate Crisis.  Council declared a climate emergency in 2019 and officially established corporate emissions targets by 2050.  We approved the first ever community climate action plan in 2021 (TransformWR), with commitments to interim community GHG targets (50% reduction by 2030).  We approved our Climate Change Adaptation Policy to ensure that the community will be resilient to the already damaging impacts of Climate Change and have begun the work of creating our Corporate Climate Action Plan to help achieve the targets we have committed to.  Our Senior Sustainability Officer has been embedded within the CAO’s office, ensuring that sustainability is a focus for all aspects of the business of the City of Waterloo and we have created an Environmental Sustainability Team within the City.  A cross-sectional team of leaders across multiple departments focused on helping us achieve our goals.  There has been much accomplished over the past four years and still much to do to help the City of Waterloo be leaders in the low-carbon future.

Council received feedback on the immense work done by our facilities team over the past four years.  This includes delivering on huge projects like the new East Side Branch Library and Community Pavilion/Gymnasium upgrades at the Waterloo Memorial Rec Complex, both of which were completed on time and on budget.  It also includes huge policy shifts, such as the establishment of a new Green Building Policy and ensuring that we see transformational change in how facilities are upgraded.

Council officially approved sustainability standards for GenPark (formerly known as the West Side Employment Lands).  GenPark is a 45ha parcel of land, designated for a variety of employment uses.  Council directed staff to require sustainability standards as part of the development of these lands, making it one of the first industrial parks in Canada to be built with these principles in mind.  There are nine guiding principles including things like GHG reduction, water efficiency and resiliency.  This park will be built with a 73% reduction in GHG emissions (over building code) at a capital cost increase of only 6%.  Moreover due to energy efficiency and carbon tax increases, the buildings will ultimately have a higher ROI than typical light industrial buildings.  I am extremely proud of the work staff have put into this project, aligning Economic Development and Sustainability principles and showcasing our leadership as a municipality.

Council approved writing a letter of support to the Township of Wilmot for a proposed private land donation.  Now more than ever we understand the importance of environmental protection, preserving our Countryside Line and protecting our groundwater in the Region of Waterloo.  The City of Waterloo greatly appreciates the work that charitable organizations such as RARE Charitable Research Reserve provides, they protect over 1,200 acres of highly sensitive lands across Waterloo Region and Wellington County.  Land owners in Wilmot Township along the border of Ward 2 in the City of Waterloo are looking to make a significant property donation to RARE and in writing the letter to the Township we are letting the Township of Wilmot know of the excitement and support we have for this concept.  We welcome the opportunity to work with the current and future land stewards to maintain this area in its current form for generations to come and are willing to work with the Township to monitor any challenges that should emerge.

This Bill is intended to facilitate more affordable housing, which we all agree is a laudable goal, however not at the expense of sound land-use planning and environmental protection, without any financial security that municipal shortfalls in funding will be passed along in the form of housing affordability.  While there are some positives in the Bill, the negatives and unintended consequences associated with it are highly concerning.

The Bill eliminates Regional planning authority, not only downloading significant planning work from the upper tier municipality to the lower tier municipality, but also makes Region-wide critical planning decisions such as the Countryside Line initiative and Groundwater Source Protection up to individual municipalities/townships.  It is unclear how the elimination of this authority creates any level of efficiency within the Region and is likely to have significant impacts related to staffing costs.

The Bill changes the Conservation Authorities Act, which will necessitate the City hiring expert staff for services typically offered by the GRCA, while creating worrisome changes to wetland protection, exposing the City to increased flooding concerns.

The Bill changes the Development Charges Act, materially impacting the amount of funding the municipality can collect from developers under the principle that ‘growth should pay for growth’.  In the absence of Provincial funding, these costs will now be borne by residents of the City of Waterloo on their property tax bills, taking money from residents and putting it into the pockets of developers.

There are other concerns related to the calculation of parkland, restricting inclusionary zoning regulations, appeal rights, heritage protections and more.  I strongly encourage residents of the City to connect with MPPs to express their concerns with this Bill in the hopes that it will be changed.

The past month has given me the opportunity to not only reflect on my first term of Council, but to look ahead to what the next four years may bring.  I am so grateful for the mentorship and friendship that outgoing Councillor’s Angela Vieth, Jeff Henry and Tenille Bonoguore have provided.  I will miss them so much, but also have great optimism for my new Council colleagues Hans Roach, Mary Lou Roe and Julie Wright.  Mayor Jaworsky has been an incredible leader and when you meet him you immediately see how passionate he is about the City.  He empowers his people to get things done.  The trust that he showed me in handling Ward 2 issues has been incredibly appreciated.  Dave has been a tireless advocate for the City of Waterloo and I’m sure will continue to be.  While Mayor McCabe has big shoes to fill, I have really enjoyed getting to know her and have been impressed with her enthusiasm, desire and knowledge as she takes on this role.  Her inauguration speech was wonderful and I am confident she’ll be an excellent Mayor.  I promise to carry on the tradition of the previous Council; a collaborative spirit, a respectful discourse, to actively listen and to do my best to support my incoming colleague in their journey as my colleagues have done, and no doubt will continue to do, for me.

What’s Coming Up Next?

The upcoming few months will be focused on the 2023 budget.  There is no doubt that inflationary impacts are causing significant challenges for the City and we are likely facing a significant property tax increase to maintain our service levels at their current levels.  Although the budget will be challenging, I am looking forward to working collaboratively on it with the new Council and to engage with residents on how to tackle some of these challenges.

There will be an informal meeting in January for a development proposal at 720 Erbsville Road.  This is a an area that was provided an Official Plan designation as part of the Erbsville South Block plan and the developer is coming in to propose zoning on the site, alongside an official plan amendment to allow for four-story stacked townhomes.  To learn more about this proposal, check out the planning documentation here – https://www.waterloo.ca/en/government/zone-changes.aspx#Erbsville_Rd_720.

Make sure you never miss a City of Waterloo Council update, by signing up for my newsletter.  The newsletter will be delivered to your inbox and you can unsubscribe at any time.